Mama Fina Is Single Again, And More Than Ready To Mingle.

Mama Fina Is Single Again, And More Than Ready To Mingle.

A few months later, she announced that she had acquired British Citizenship to go and live with her husband, a British national of Ugandan origin.

In her announcement, Mama Fiina revealed that she would travel in 2018 with her daughter Nangobi Safiina, who she said had also acquired British Citizenship. 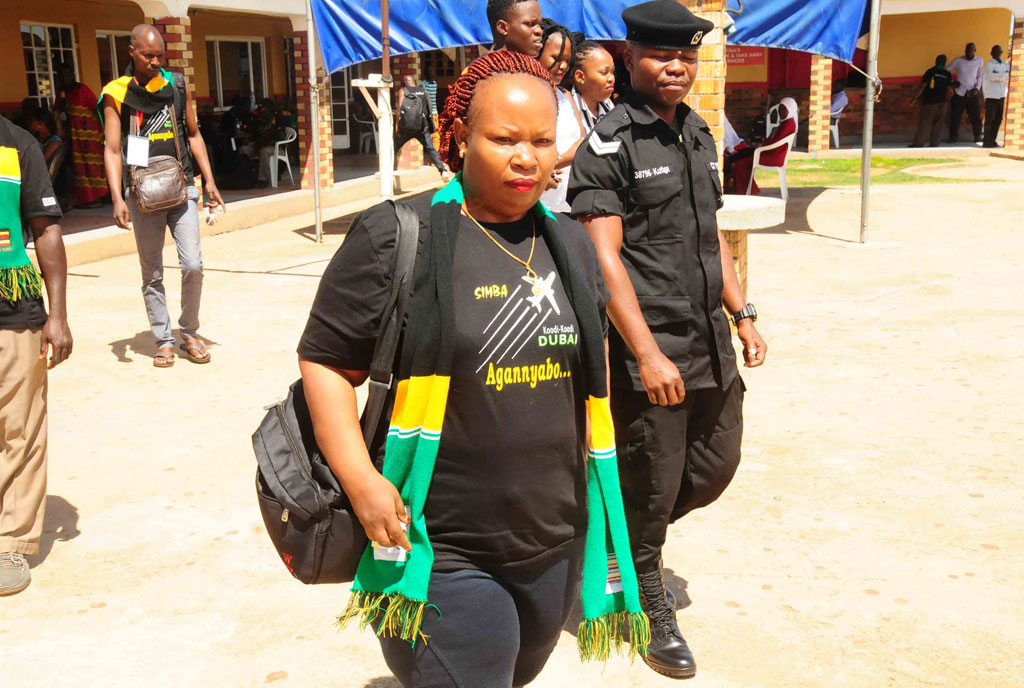 However, over a year down the road, the Traditional healer has not left the country for the UK yet. It is said that she was denied a visa to England by the British visa issuing agency in Pretoria, South Africa. The agency questioned her source of income.

Although we cannot ascertain what exactly happened from the time of her wedding to date, one thing we are sure of is that Mama Fina is single again and ready to mingle.

During Catherine Kusasiira’s concert over the weekend, Mama Fiina revealed that when she finally finds someone to settle with, she will keep that person out of the public eye, because people talk too much.

“It is very bad to make your relationship public. When I finally settle with someone, I shall keep him out of the public eye. You will not even hear about the details of the ceremonies. I will keep my relationship private. A man who is seen on the camera is bad,” she said.

Mama Fiina who was in Sweden on a business trip, in the video, appeared intoxicated. She and Peng Peng were dancing to B2C and Rema’s latest hit song at the time ‘Gutujja’. The video left many wondering whether the two were in a relationship, or just had a one night stand. Something that Mama Fina totally denied.

#HotbreakfastSituatinRoom-MP'S ASK GOV'T TO TEST ALL UGANDANS FOR COVID-19! According to the Mp's the rate at which covid 19 cases are sky rocketing in the country is worrying n thus the need to test all ugandans Yo Thoughts? @byg_kahuna @DrHilaryComedy pic.twitter.com/OCPeUj2Rhg