As Christmas draws closer, SC Villa fans through their Chief Executive Officer Shawn Mubiru had a way to make their favorite club squad members happy by giving them an assortment of goodies.

This happened on 22nd December, 2019 when CEO Shawn Mubiru received a number of Joggo fans who brought Christmas goodies to the team players.

Among the many things brought included rice, bunches of Matooke and many others. Club CEO Shawn Mubiru had praises for the fans for the love towards their team. He thanked them for the love.

The record league champions SC Villa finished the first round of the 2019/2020 season in fourth place on 27 points after 7 wins, 6 draws and 2 losses.

The second round resumes in January, the first round ended with Vipers topping the table on 36 points with KCCA second on 32 points and BUL in third on 29 points. 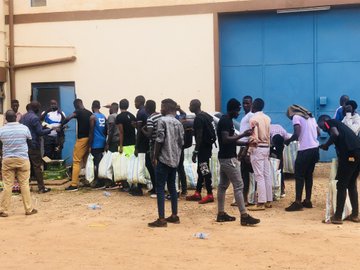 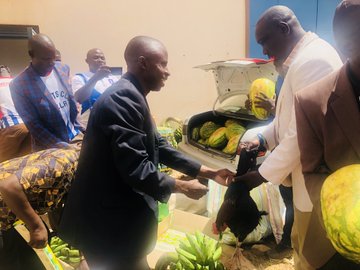