The late singer Mowzey Radio’s singing half partner, Weasel Manizo has announced the dates for his fallen partner’s memorial concert this year.

Though the singer, songwriter and instrumentalist is no more, the reality is that the late Mowzey Radio’s legacy will forever flourish in the hearts of local music lovers and the entire creative industry at large.

According to Weasel Manizo, the preparations are finalised hence partiers should just turn up in huge numbers come June this year for this historical show, meant to support Radio’s family financially and to also be reminded that Radio might be gone, but not forgotten. 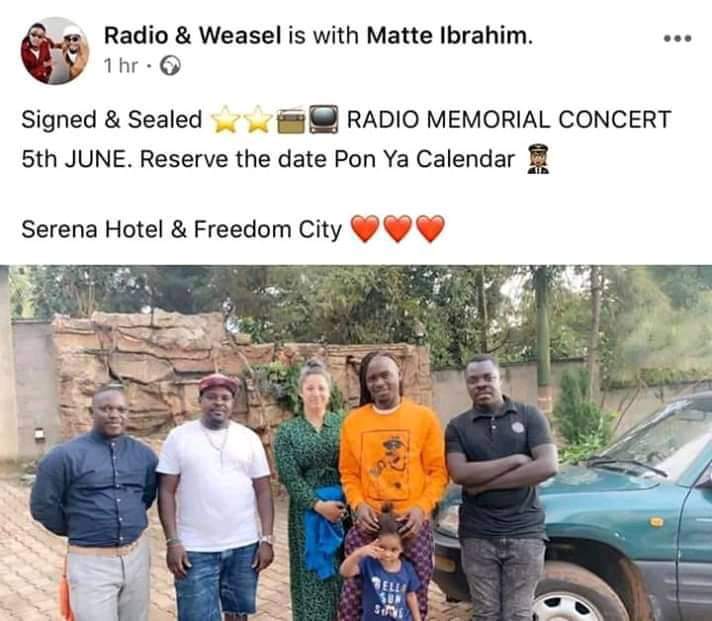