Luzze Anderson: Zahara Totto Was My Girlfriend Before She Become “Easy Meat”. If She Doesn’t Apologize To Me, I’m Going To End Her Stupid Career.

Luzze Anderson: Zahara Totto Was My Girlfriend Before She Become “Easy Meat”. If She Doesn’t Apologize To Me, I’m Going To End Her Stupid Career.

Record TV’s MC Luzze Anderson has demanded for a public apology from Zahara Totto for massively insulting him with abuses in unforgiving vulgar language or else he moves on with plan B of exposing her to the maximum.

Last month, NBS TV’s rumor monger Zahara Totto and Record TV’s Luzze Anderson were at war after the UNCUT host’s ex-boyfriend exposed her lowlife and dirty past of being a bar prostitute and a bad mother.

After a failed request for an interview, the unapologetic Zahara Totto lost her cool to the extent of failing to tame her tongue and showered Luzze Anderson with the biggest profanities in the Guiness World Book of Records as she accused him of abusing her children and family.

As the saying goes that “Tit for tat is a fair game”, Luzze Anderson during an exclusive interview has asked the celebrated mother to swallow her pride and apologize to him for assaulting him innocently with abuses so as to avoid regrets with his next move.

“Zahara has to apologize to me for all the profanities she showered onto me since I was innocent. As an orphan with no mum or dad, she placed a wrong button by attacking me through my late parents. I demand she issues a heartfelt apology to me, or risks regretting my next move for the rest of her lifetime career, coz it will destroy her.” said a rather scary Luzze Anderson. 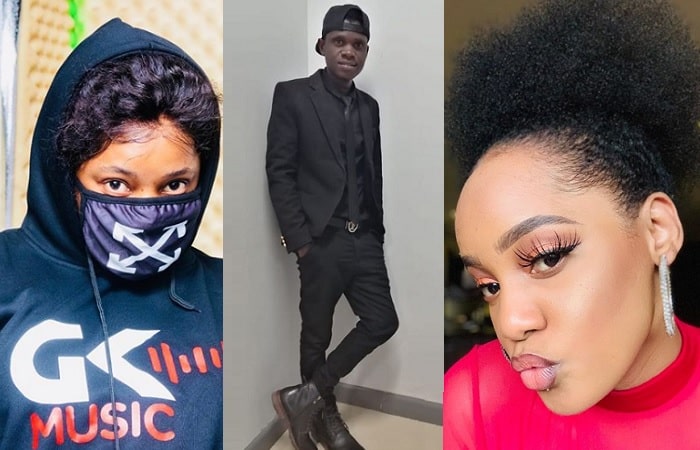 “I have a lot of history about Totto of which if I decide to expose her, she will definitely lose her job, comrades and throw her life in tantrum hence she has to apologize,” added a rather furious Luzze Anderson.

According to Record TV’s Luzze Anderson, he had singled out specifically Totto for an interview simply because they share a long history.

“We were dating in 2011….She was indeed my girl. Even her first time on WBS TV was on my show. For this, I nearly got fired. My producer was incensed over bringing her on TV, saying ‘why bring a prostitute on set?’. This was because she was a regular figure at almost all bars across Kampala. In fact, she was a waiter at some of them,” he recounts.