“If She Shamelessly Denies Ever Dating Me, How Did She Know That My Dreadlocks Smelled?” Rasta Rob Pins Curses Zari For Denying Him As Her Ex-Boyfriend.

“If She Shamelessly Denies Ever Dating Me, How Did She Know That My Dreadlocks Smelled?” Rasta Rob Pins Curses Zari For Denying Him As Her Ex-Boyfriend.

Legendary MC, DJ, and Radio presenter Robert Ogwal a.k.a Rasta Rob MC doesn’t understand why Zari Hassan accuses him of having had long dreads that stunk if they didn’t date like she claims.

Through her Snapchat, Zari denied ever dating Rasta Rob saying he has never been her type. She noted that the celebrated emcee and Radio presenter must be suffering from amnesia because he dated her cousin sister not her.

Zari said that she could never have dated a man like Rasta Rob who had long dreads that stunk so bad and he must be having an illusion from 20 years ago that he slept what her just like several other men.

While re-appearing on Sanyuka TV, Rasta Rob questioned why Zari is quick to insult him and how she could have known that his dreads stunk if they have never slept together.

Rasta Rob noted that Zari has started exposing her ill feeling towards him by insulting him and calling him a liar because of the statement she released pointing out how the veteran emcee is only trying to stay relevant. 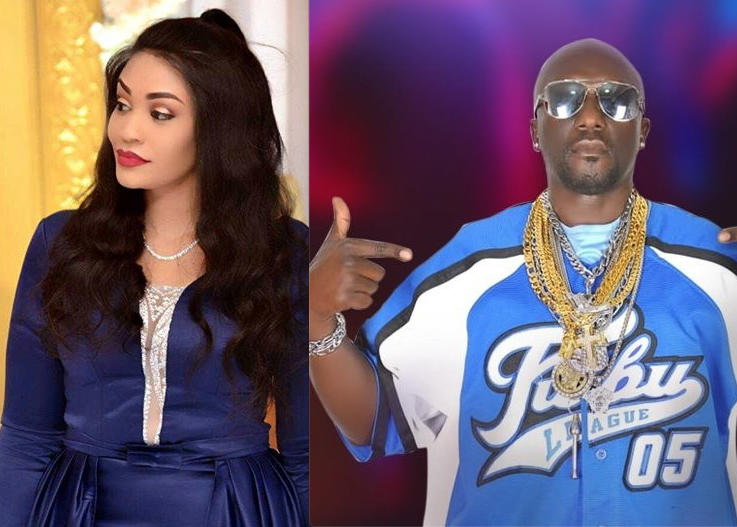 “She says that she has never dated me and that it’s her cousin whom I dated, but I’ve never dated any woman named Asha and I don’t even know anyone from her family.

Also, how do you know that someone’s dreads stink if you’ve never slept with them? I said what I said in good faith because I swish her well. I’m only advising her to rectify her few mistakes.” said a rather offended Rasta Rob.

Zari revealed that it’s a case of mistaken identity because Rasta Rob dated her cousin named Asha two decades ago. She also stated that he just wants to stay relevant in the industry by mentioning her name always.

“Pass him my message. Rasta byakoze bitya Rob must be having some kind of amnesia. Let me remind you, 2 decades ago (20 years) you were dating my cousin Asha. I was living with her for a while after I left Jinja and you had a huge crush on me but you were never my type. You had long rastas that stunk don’t even know how she managed with you. You’re trying to stay relevant by mentioning me every other time. But NO, I’ve never dated you. That’s an illusion of 20 years you’re holding on. I have people who claim to have slept with and swear by it. When you ask them where and when, they say they used my poster and wanked. Honey listen, you’re no longer relevant.” said a rather sarcastic Zari.

About 2 hours ago from Blazin' HOT100 - Comedy & More's Twitter via dlvr.it

About 2 hours ago from Blazin' HOT100 - Comedy & More's Twitter via dlvr.it