Ashburg Kato: I Have Been Patient With Bobi Wine, But He’s A User. Now President Museveni Has Made Me Wear The ‘Engule’.

Ashburg Kato: I Have Been Patient With Bobi Wine, But He’s A User. Now President Museveni Has Made Me Wear The ‘Engule’.

Social media is awash with photos of renown People Power blogger, Ashburg Katto standing next to the Fountain of Honor, Gen. Yoweri Kaguta Museveni at his farm in Rwakitura.

Ashburg who has for so long worked for Bobi Wine and has even a People Power tatoo on his right hand, but now its very clear he crossed to NRM and he’s in full support of President Museveni.

Apparently, he met with Sevo on 4th of March this year courtesy of city events mogul and renown Yellow bus passenger, Balaam Barugahara, in a bid to buy him over to NRM. 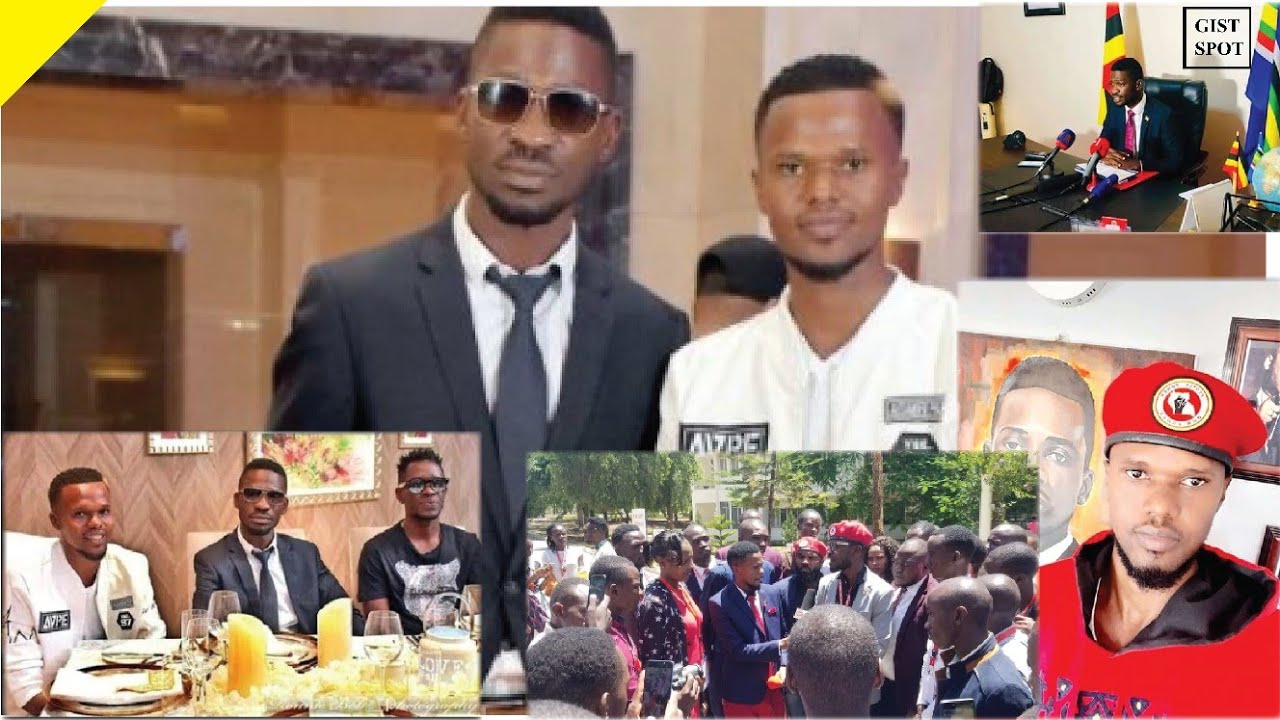 It is alleged that of course the controversial blogger was given an eye-watering amount of dime worth considering, leaving him with no other choice and boom!

Now he says everything is all clear for him after meeting Sevo. “MBASOOSE OKWAMBALA ENGULE “.

According to him, decided to join the ‘winning team’ because his former boss is very stingy and too selfish.

“I decided to leave People power, because Bobi Wine is stingy. President Museveni is going to fund my project worth 500M. Am sorry guys! #ThankYouPresidentM7″, he said in an interview with a local media outlet.

Ashburg went ahead to reveal which kind of project Sevo will be bankrolling on his Facebook page.

“Yesterday we visited President Museveni from his farm and he taught us farming… (Thank you Balaam Barugahara) I had gone to present my project proposal called THE GHETTO INITIATIVE which is going to see all Kampala ghettos revived.

After teaching us all the basics of farming and rearing cows, the president gave me five cows (5) and he also gave my other team two cows each … He asked us to implement and teach the farming skills he taught us to our fellow youths.

More details to follow…. (Politics is a bitch and karma is just a coincidence )

MPOZI NAKATALEKEKA…. THE PRESIDENT ACCEPTED MY PROPOSAL AND IT IS GOING TO BE IMPLEMENTED IMMEDIATELY AFTER TGIS CORONA LOCKDOWN” said a rather unbothered Ashburg Kato.

About 6 hours ago from Blazin' HOT100 - Comedy & More's Twitter via dlvr.it

About 6 hours ago from Blazin' HOT100 - Comedy & More's Twitter via dlvr.it