NBS TV Apologizes For Ignorantly Using #AllLivesMatter Theme Instead Of #BlackLivesMatter On Their SNL Show.

NBS TV Apologizes For Ignorantly Using #AllLivesMatter Theme Instead Of #BlackLivesMatter On Their SNL Show.

The pressure between NBS TV and NTV is surely becoming unhealthy and stressful after NBS crew showed up dressed in “All Lives Matter” T-Shirts, a slogan used by people who are against “Black Lives Matter” movement world wide.

This saw the station panic under ignorance of their actions, they even put up a fist which doesn’t symbolize togetherness despite the world wide protests that erupted up ever since the killing of George Floyd.

People on social media immediately begun criticizing them, attacking them and telling them how ignorant they were about the whole matter. 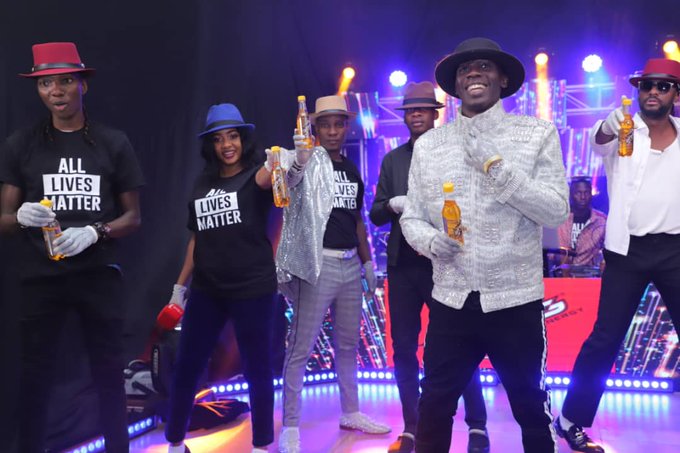 “I don’t know whether to call this ignorance or stupidity. All lives matter is a phrase echoed in the mouth of white supremacists and racists and @nbstv is promoting it. Shame“– a One @AthousandBrains tweeted.

Later on after a flood of abuses, NBS TV came out through their twitter and apologized.

“Tonight on #NBSSNL, we rubbed many of our viewers, local and international, the wrong way when our team moved to don t-shirts labelled “All Lives Matter.” This was NOT our intention, and the outcome is far from what is expected of us. We shall do better. #BlackLivesMatter”-NBS tweeted to apologize.