Burundi’s President Pierre Nkurunziza Dies At 55 Due To Cardiac Arrest, While His Wife Suffers Covid-19.

Burundi’s President Pierre Nkurunziza Dies At 55 Due To Cardiac Arrest, While His Wife Suffers Covid-19.

President Nkurunziza, 55 who was preparing to handover power to his successor Evariste Ndayishimiye reportedly died of cardiac arrest in Bujumbura on Tuesday. 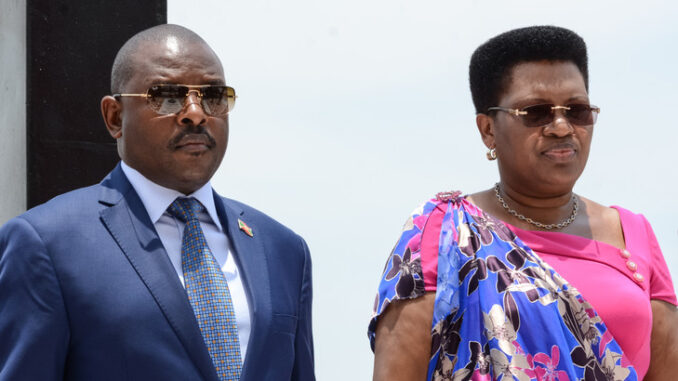 President Nkurunziza did not vie in his country’s May elections, the first time in 15 years that he did not run for the presidency.

He served three terms, the third of which sparked lengthy unrest in the country.

In power since 2005, Nkurunziza was due to be replaced in August by political ally Evariste Ndayishimiye, who was declared earlier this month the winner of a May 20 presidential election. 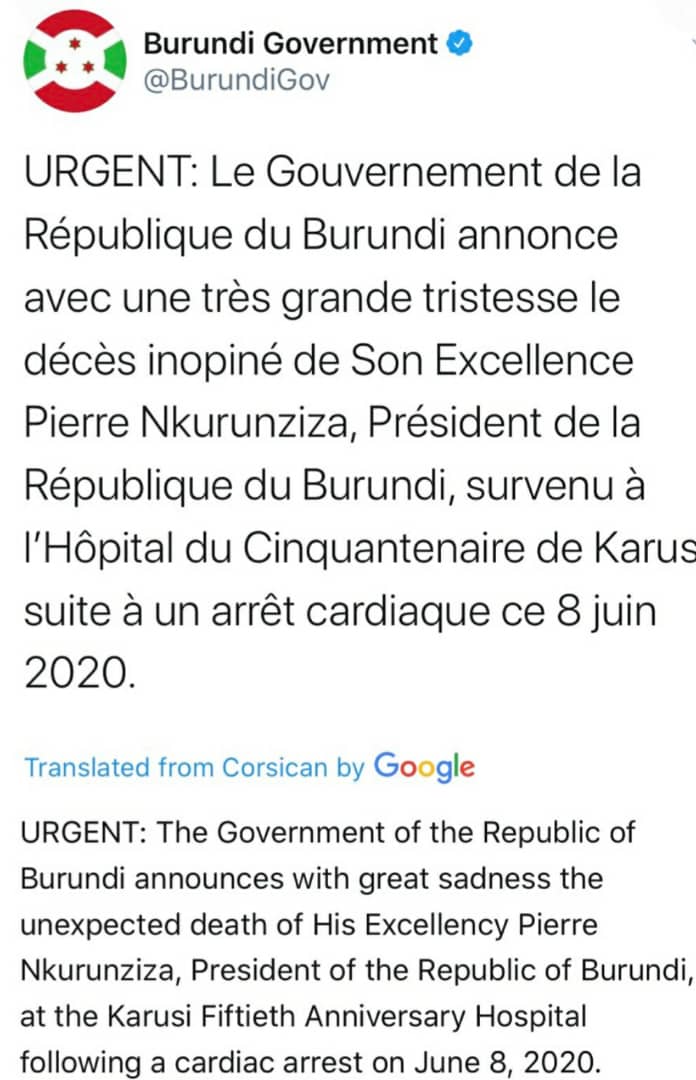