Frank Gashumba: I Have Never Asked God’s Plan For Dowry, So Long As My Daughter Is Happy.

Frank Gashumba: I Have Never Asked God’s Plan For Dowry, So Long As My Daughter Is Happy.

A screenshot showing Frank Gashumba begging God’s Plan to pay his daughter Sheila Gashumba’s dowry, before he continues chewing her, has been making rounds but Frank has now trashed this, he says he doesn’t care about dowry.

Through his Twitter account, Frank Malimungu Gashumba responded to a tweet that had a screenshot with his name tagged while asking when God’s Plan is to pay Sheila’s dowry,

The screenshot was posted by Ahimbisibwe Frank who tagged Gashumba asking him whether this was true; “Is it a Fake Page Mr. Frank?”- He asked.

“Fake” is what the real Frank Gashumba replied with, and when interprented, this simply means he doesn;t give a crap about dowery at all.

Is it a fake page Mr Frank 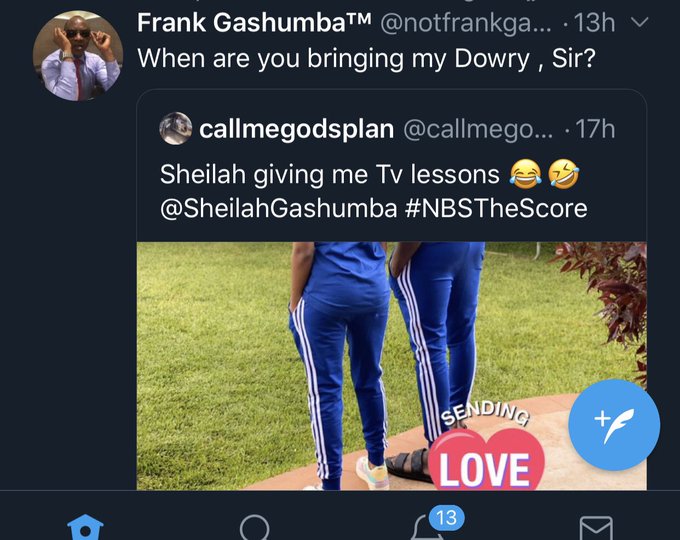