Zarinah Tlale: King Bae Was A Broke Con-Man And A User, That’s Why I Had To Dump Him.

Zarinah Tlale: King Bae Was A Broke Con-Man And A User, That’s Why I Had To Dump Him.

South African based business woman Zari Hassan aka Zarinah Tlale aka Zari the Boss Lady has shockingly revealed how she dumped her boyfriend ‘King Bae’ after finding out all the nasty lies he kept telling her.

Through her Facebook Live Video, Zari Hassan revealed that she found out King Bae was not the man he was claiming to be as he had nothing mbu was just a poser who wanted to take advantage of her. 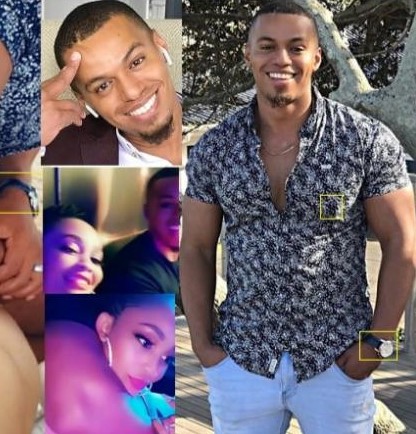 Chatting with her fans who were Live, Zari who kept interchanging languages between Luganda and English also playing with her kids Tiffah and Nilan, she kept spilling more secrets about her relationships and how she has been single since January.

Zari also revealed that the only Husband who has ever loved her whole heartedly without wanting anything was Ivan Ssemwanga but now she knows where he is.

ON-AIR: The HotSports show is on hosted by @HisBryanness joined by @OkukuWafua and @TimothyRainford A roundup of the week’s top stories, plus a preview of the weekend ahead: Chelsea welcome Liverpool in the crunch tie!! All yo predictions and week’s highlights here. pic.twitter.com/ZVfR8IKKjC