To many Manchester United fans, it’s been a bittersweet season. Since the premier league returned after the COVID-19 season break, their team has been firing on all cylinders.

One of its staunch fans who has been enjoying the club’s triumphant streak is NTV’s Pressbox host anf Flavia Tumusiime’s husband Andrew Kabuura. 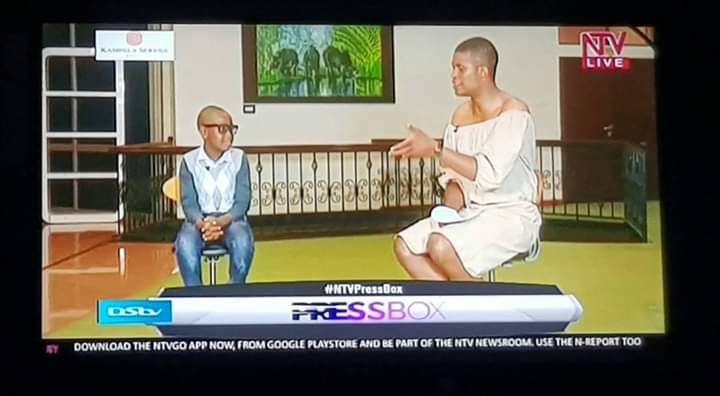 On Monday night during his show, Kabuura got to dress up as a female following a bet he lost over the weekend when his club was whipped 3-1 by Chelsea in the FA Cup Semi-Finals at Wembley stadium.

As a way to honor the bet, he had to host a full show while donned in a dress which he regards the most embarrassing thing he has ever done on air.

After the show, he quickly took to his socials and vowed never to bet again.

“Thank you for watching #NTVPressbox. Easily the most embarrassing thing I’ve done on air. Never to bet again!” Andrew Kabuura

Having turned up on set in a dress, tweeps did what they do best in trolling Kabuura. Below are some of the reactions from tweeps as they mocked Kabuura while on set.