Hon. Idah Nantaba: I Was Shocked To Hear That Kiweewa Was Arrested Because Of Me. I Got Nothing To Do With It.

Hon. Idah Nantaba: I Was Shocked To Hear That Kiweewa Was Arrested Because Of Me. I Got Nothing To Do With It.

The State Minister for Information and Communications Technology Idah Erios Nantaba distances herself from rumors that she effected the arrest of local singer Gerald Kiweewa. Gerald Kiweewa’s arrest was confirmed by Kampala Metropolitan Police spokesperson Patrick Onyango, who explained that Kiweewa was arrested and driven off to CID headquarters in Kibuli for interrogations. 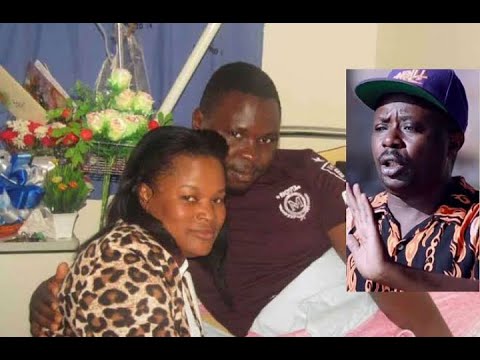 “We have arrested Gerald Kiweewa because we recorded a complaint from Hon. Idah Nantaba saying the lyrics in the song directly attack and defame her,” Patrick Onyango confirmed.

During a phone call on NBS TV’s UnCut show, Hon. Nantaba revealed that she did not order the arrest of Kiweewa. She claims that she was also shocked to hear that the singer was arrested because of her.

“I’ve heard the story concerning Kiweewa and the voices of several other artistes but I want to emphasize that I do not have a clue about it. I am not a reveler as such and I only follow artistes whose music adds something onto my life, I don’t waste time on things that add no value unto me,” revealed Hon. Nantaba.

She also noted that it could be one of the games being played by people in Uganda Police but she advises the singer to stay away from such games because they might turn out to affect him later.

“I was shocked to hear that Kiweewa was arrested because of me. I don’t know the issues concerning his arrest. You might find that the Uganda Police that is full of weevils could be playing games with Kiweewa but I advise him not to get involved in their games.”