Dr. Kizza Besigye: I Can’t Abandon The Struggle Halfway, I Didn’t Suffer All Those Years To Give Up Now!

Dr. Kizza Besigye: I Can’t Abandon The Struggle Halfway, I Didn’t Suffer All Those Years To Give Up Now!

Former Forum for Democratic Change member, Dr Kizza Besigye has said that he will soon be making an announcement as to whether he will contest in next year’s general election, he said however that he is not yet ready to abandon the struggle.

“How can I leave the struggle halfway? I have already spent the most youthful years of my life trying to have a free country where there is the rule of law, have equal opportunities with all Ugandans. You will know very soon,” Besigye noted. 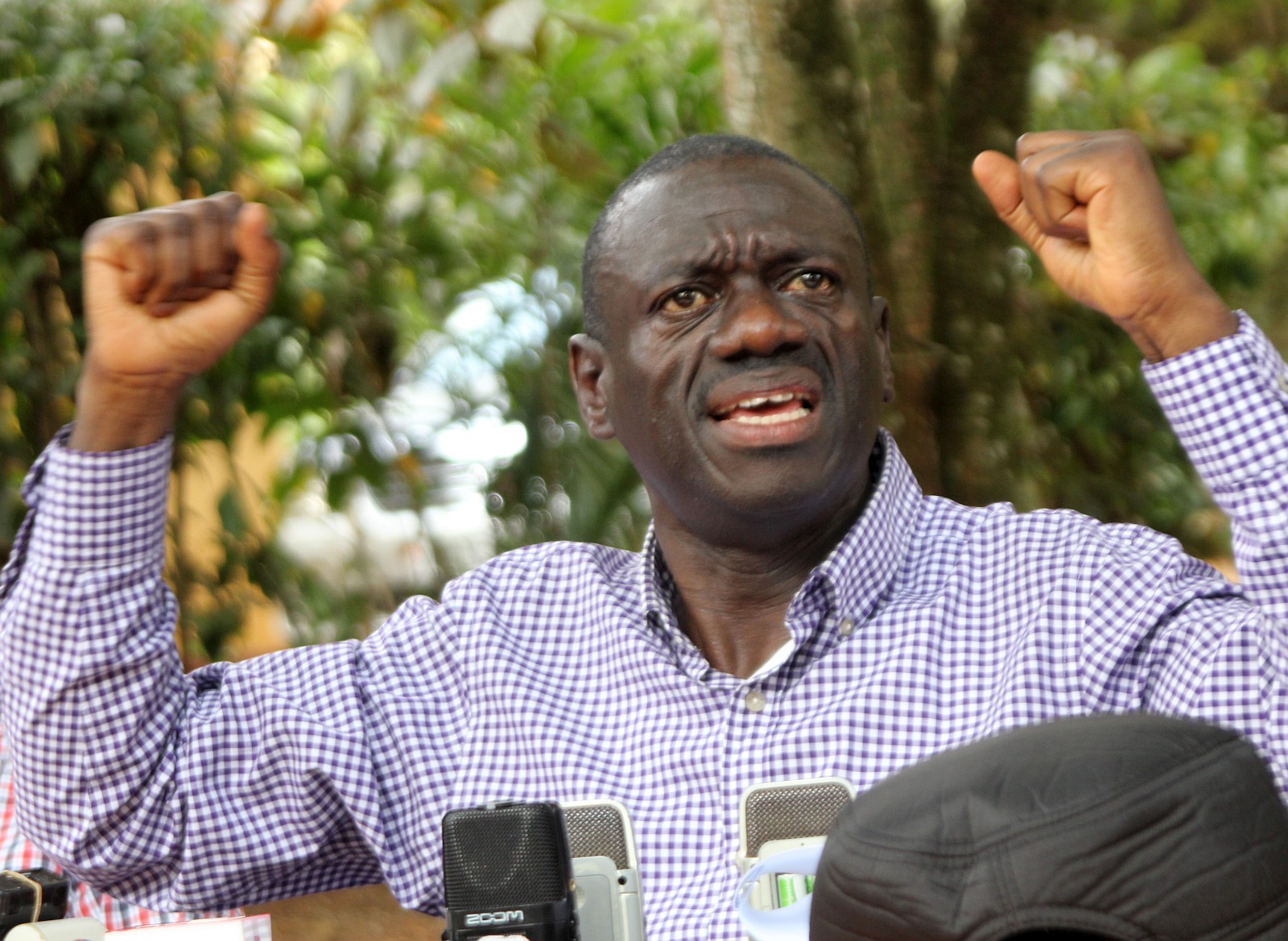 Besigye also said that he is concerned about the mindset of many Ugandans who think the issue is him standing for the presidential office. He said that “the issue is how we get out of captivity and not focus on whether I will stand for office.”

Commenting on the National Unity Platform the new political wing of People Power, Besigye warned Kyadondo East legislator and President hopeful, Bobi Wine to be ready for the ‘heat’, now that he has a registered political party.

Bobi Wine officially unveiled his new political party, the National Unity Platform as the political wing of the People Power movement ahead of the 2021 general election.

Besigye congratulated the legislator but cautioned him on the challenges ahead.

Besigye said, “There are a lot of challenges that come with forming a known political administration. You’re now putting it in place to be targeted and he should be ready for the heat.”

On a good note, however, Besigye said that when you’re registered as a political entity, “you are now structured and will be regulated by a transparent and available instrument which is the constitution of the party which is really important.”

Asked where this new political formation leaves his partnership with the Kyadondo East MP, Besigye said that he still belongs to the FDC.