Police Investigates SK Mbuga Over A Crowded Illegal Birthday Party He Threw For His Wife Over The Weekend.

Police Investigates SK Mbuga Over A Crowded Illegal Birthday Party He Threw For His Wife Over The Weekend.

According to a video making rounds on social media, Mbuga organized a birthday party for his wife, Jalia Vivian Mbuga at his home where over 50 people attended the same. All the attendants are seen merrymaking without regarding social distance whereas none of them is putting on a face mask.

However, according to a police source who preferred anonymity because he is not authorized to speak for the institution, security has kicked off investigations into the party and will soon invite Mbuga to record a statement over the matter.

“We have opened up inquiries about this party.The president only permitted weddings which are scientific in nature and not such parties. There is a big problem with celebrities who have been violating the Ministry of Health guidelines by organizing house parties putting their lives and that of their loved ones in danger,” the source told this website. 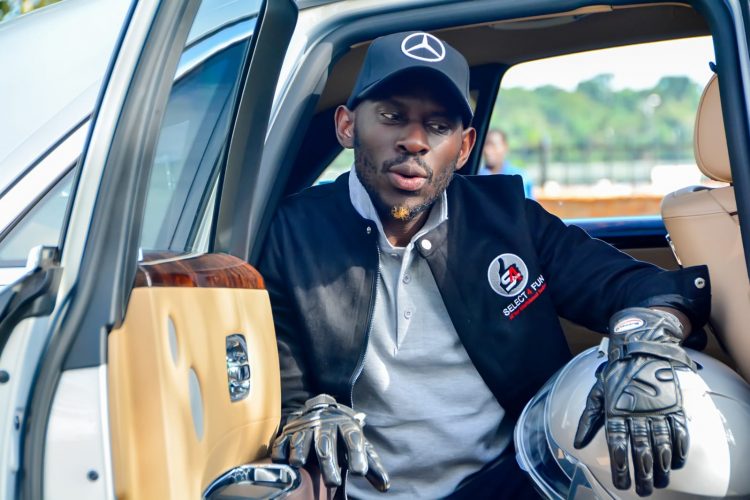 Police recently warned members of the public against taking part in house parties because they are against the presidential guidelines put in place to prevent the spread of Coronavirus.

In a related development, a group of 22 people have been arrested in a joint police and military operation targeting revelers at La Venti, a popular bar in Najjeera, Wakiso district.

According to deputy Kampala Metropolitan police spokesperson, Luke Owoyesigyire after intelligence information about a big number of people gathered at the bar, security raided the premises leading to the arrest.

“We have been getting information about bars that were stealthily operating and attending to customers while flouting the Ministry of Health guidelines,”Owoyesigyire said.

“During the operation, we managed to arrest 22 suspects from La Venti bar Najera.”

The police spokesperson said that in the resulting melee, many other revelers fled the scene after on seeing police and left behind their vehicles which have since been impounded.

“In a similar operation, Kira Road Police station also arrested and detained the Manager of Cask Lounge at 35 John Babiha(Acacia) Avenue, for operating a bar in violation of the Ministry of Health guidelines,”Owoyesigyire said.

According to police, many people are taking advantage of the relaxation of the curfew to move and operate freely especially at night.

“We warn the public against disregarding the Ministry of Health guidelines on the spread of Coronavirus. The suspects are being processed on charges of doing a negligent act likely to cause an infection of a disease.”

The development comes at a time when the country registered its second Coronavirus death after an 80-year-old female resident of Mengo, Kisenyi III in Kampala died at Mengo hospital on Friday.

Earlier last week, a 34-year-old female in Namisindwa became the first person to die of Coronavirus in Uganda.