Pallaso Takes Off With Police Handcuffs, Live Bullets Fired At His House After He Violated Curfew Time With His Friends.

Pallaso Takes Off With Police Handcuffs, Live Bullets Fired At His House After He Violated Curfew Time With His Friends.

There was drama on Wednesday night when security officers, clad in Police uniform and others in casual outfits, raided Pallaso’s home and forcefully tried to arrest him over unknown reasons.

The attempted arrest turned out fruitless when the self-styled Sucker Free Boss overpowered the officers. Reportedly, the officers had initially laid the singer to the ground and had started handcuffing him. Pallaso, however, managed to turn the scuffle around as he wrestled them down after being beaten, bruised and hurt. He made off with their handcuffs.

Pallaso claims that officers stormed his home while he was having supper with his manager and a few friends. They kicked his gate trying enter without permission as they reasoned that they were violating the curfew hours.

According to the video shared on his socials, Pallaso is seen questioning Police why they shot bullets several times around his home and in the neighborhood. 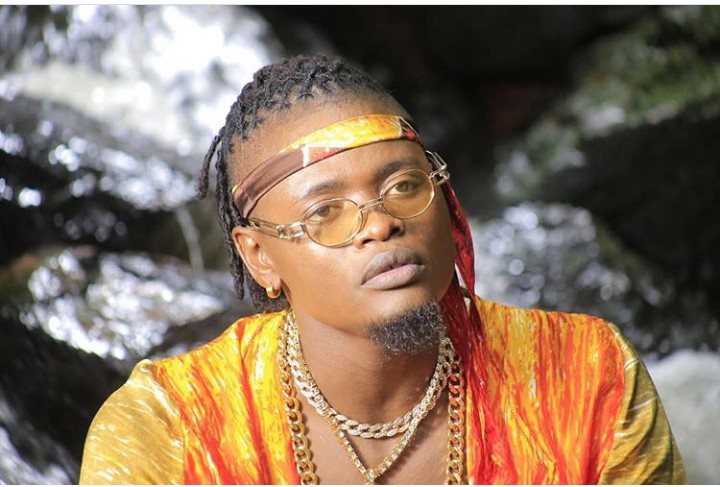 In the video, Pallaso stresses how one of the female officers who was part of operation hates him so much. He went on to reveal how he has opened up a case file against her based on their past misunderstandings.

“Uganda police, we are all Ugandans and we are all affected by this pandemic differently. Using excessive force and shooting bullets at unarmed fellow brothers and sisters is making me lose all hope. Enough is enough. More videos coming.” said a rather upset Pallaso.

Pallaso has promised to share more video clips to reveal what exactly happened. We will keep you posted on all the updates as details unfold.