Ziza Bafana Arrested For Defying Covid-19 Guidelines, Shortly After Being Discharged From Quarantine.

Ziza Bafana Arrested For Defying Covid-19 Guidelines, Shortly After Being Discharged From Quarantine.

Ragga/Reggae dancehall sensational Kasendwa Richard a.k.a Ziza Bafana is at the moment behind bars at Kalisizo Police station after he was arrested moments after he successfully completed his 14 days quarantine.

The “Pomini” ragga singer claimed that he was not arrested for violation of the COVID-19 rules but for chanting the ‘People Power’ slogan during a show he performed at a few weeks ago in Tanzania during the lockdown.

The Magic Town Music Entertainment CEO disclosed the information of his arrest on his social media platforms where he revealed that he is being detained together with his team of seven youths as they were arrested in Tanzania.

“Dear friends and family I take this opportunity to inform you that my team and I have been arrested over talking about people power and people who support MR KYAGULANYI SSENTAMU after completing a 14day quarantine which was yesterday and the Doctors acknowledged that we’re Covid19 negative and discharged us, then the Uganda police detained us at KALISIZO POLICE STATION After castodizing our property at KYOTERA police station fellow UGANDANS.” 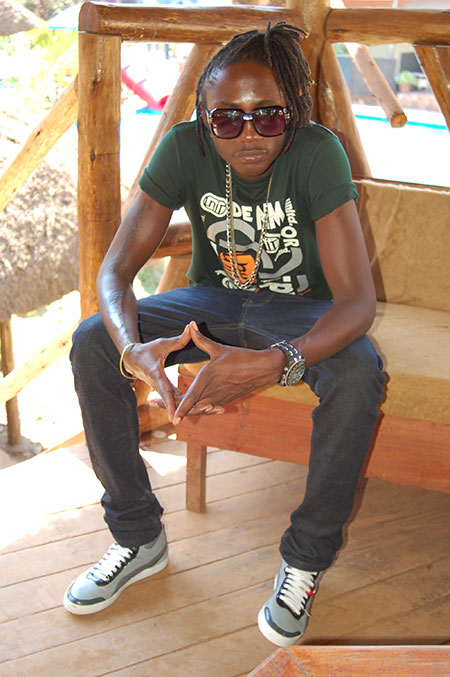 Friends and Family (soljahs) we have finished up the 14 DAY QUARANTINE COURSE under different situations down this side of which we prayed for so as to be free but to make matters worse, we have been forwarded to KYOTERA POLICE STATION for charges which we never committed.” said a sad Ziza Bafana.

While speaking to the media, Ziza Bafana appealed to the government and the Head of State to help artistes during this trying moment reasoning that artistes won’t stay at their homes starving because of the lockdown.