Eddy Kenzo Finally Finds His Lost Sister 20 Years Later, After They Left Her With A Strange Woman, As They Hustled On Kampala Streets.

Eddy Kenzo Finally Finds His Lost Sister 20 Years Later, After They Left Her With A Strange Woman, As They Hustled On Kampala Streets.

Young Eddy Kenzo used to hustle with his sister on the streets of Kampala but 20 years ago he lost her, spending years without seeing her until now when the two have reunited.

Eddy Kenzo is happy man after re-uniting with his younger sister, 26, whom he hadn’t seen in more than 20 years. The singer was surprised that the sister had been living in Katwe, selling stuff by the roadside.

In a TV interview last week on Friday, Kenzo said he had searched for years for his sis but he finally found her last month. 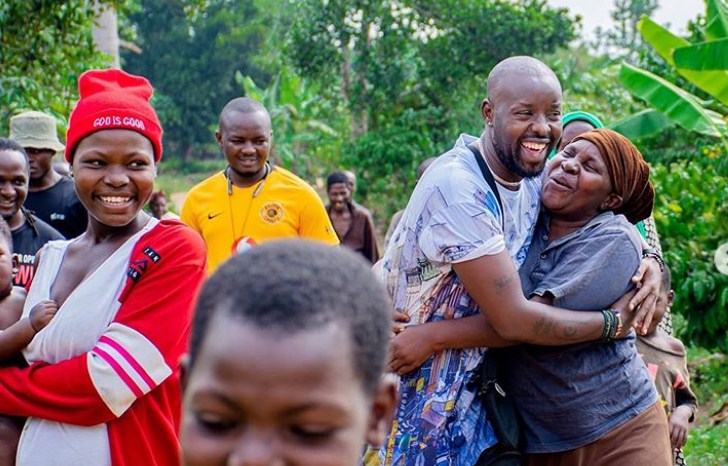 “I and my other brother handed our sister to some woman in Katwe as she was still very young and could not be on the streets with us , The woman we handed our sister also handed her to another woman”- said Kenzo.

Kenzo said the woman mistreated their sister and she ran away from home. He said when he got a home; he longed to find his sister. He searched for many years, each time coming up short.

He that he was recently called and told she had been found. “I was buying things from her in Katwe not knowing she was my sister. I’m so happy,” he revealed.

Kenzo says he comes from a family of five siblings on his dad’s side.