Rocky Giant: I Was Kidnapped, Tortured, Starved, And Could Have Been Killed, Just Like Mowzey Radio, Danz Kumapeesa And AK47.

Rocky Giant: I Was Kidnapped, Tortured, Starved, And Could Have Been Killed, Just Like Mowzey Radio, Danz Kumapeesa And AK47.

For the first time since last week when Bucha Man and his aides were filmed beating up Rocky Giant, the rapper has spoken out on how he “tested death” and could have died in the same manner that Mowzey Radio died.

Towards the end of September, a video went viral across social media showing Bucha Man and his gang beating up Rocky Giant who helplessly cried out for their mercy. 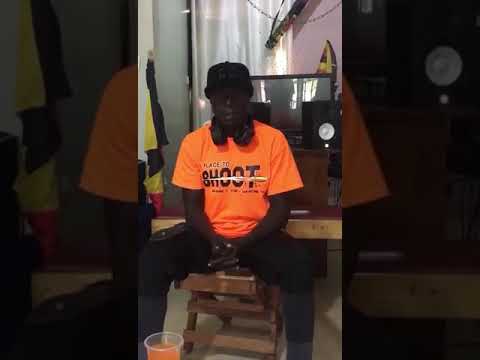 Following days saw the music fraternity stand up in solidarity to condemn Bucha Man’s actions. Other artistes went ahead and promised to help Rocky Giant to get back on his feet musically.

The rapper had never said anything until today morning when a video surfaced online in which he narrated how he was kidnapped and assaulted.

“I am very happy to be in front of your faces. I was kidnapped, I was wrongly judged, I was assaulted, but that is the world,” said Rocky Giant.

The Emikisa Mpewo rapper also reveals how he tested death and could have really died just like other artistes including Mowzey Radio, Danz Kumapeesa and AK47 who died in similar scenarios.

I thank God that I came out alive…this is what they call arising from the dead. I thank everyone who felt touched by the situation. There are so many people we have lost under similar scenarios like Mowzey Radio, Danz Kumapeesa and AK47.