At least eight people were killed and more than 300 were injured at Travis Scott’s Astroworld Festival in Houston on Friday night (Nov. 5).

A large crowd began pushing towards the front of the stage during Travis’ set at Houston’s NRG Park, causing panic in the crowd of tens of thousands. “People began to fall out, become unconscious and it created additional panic,” Houston Fire Chief Sam Pena said at a news conference.

According to TMZ, one of the eight dead is a 10-year-old. Eleven people went into cardiac arrest and were rushed to the hospital. More than 300 concertgoers were taken to the field hospital.

Travis reportedly stopped the show during his 75-minute live-streamed set after noticing some of the fans in the front seemed in distress. He told security to make sure they weren’t hurt and asked medics to help one person.

Amid the chaotic scene, the crowd began chanting “stop the show.” Several thousand pairs of shoes were left behind as people fled. When the concert was over, a stage manager reportedly called the venue “a crime scene.” Medical personnel performed CPR, but were unable to handle all the injured.

An unconfirmed report from TMZ claims that someone in the crowd began injecting people with some sort of drug. Authorities are trying to determine if those who went into cardiac arrest were the ones injected. The source, described as a “key person involved in the festival,” says it appears to be a targeted attack.

Prior to the surge, Drake joined Travis on stage during his set. Friday’s festival also featured performances from SZA, Lil Baby, Roddy Ricch, and more.

Following the tragedy, the second day of the festival has been canceled. Astroworld released the following statement.

“Our hearts are with the Astroworld Festival family tonight – especially those we lost and their loved ones. We are focused on supporting local officials however we can,” read the statement. 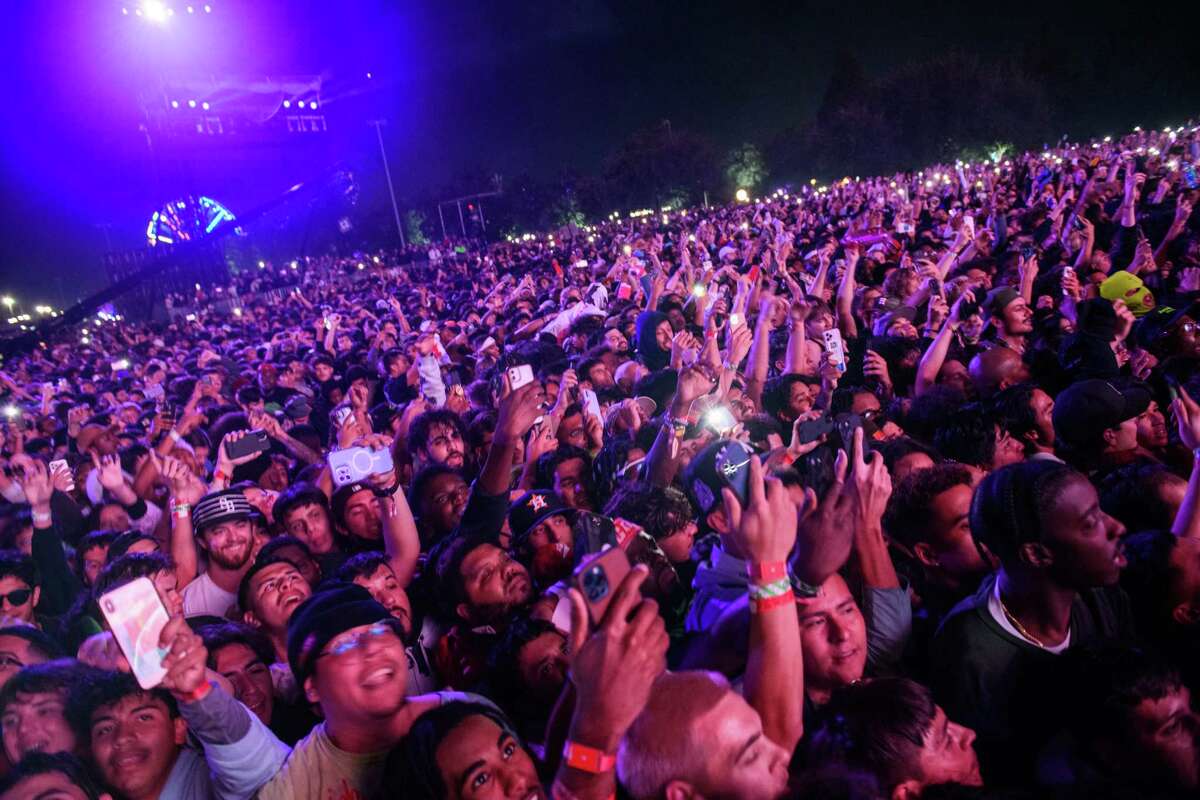 “With that in mind, the festival will no longer be held on Saturday. As authorities mentioned in their press conference earlier, they are looking into the series of cardiac arrests that took place. If you have any relevant information on this, please reach out to @HoustonPolice. Thank you to our partners at the Houston Police Department, Fire Department, and NRG Park for their response and support.”