There is a war of words and curses between two former TV personalities, Sheilah Gashumba and Robin Kisti, the former accusing the latter of stealing her spot on NBS After 5 show.

The two, who once worked at the same station (NTV) have for the past year traded insults on social media, over men and showbiz. 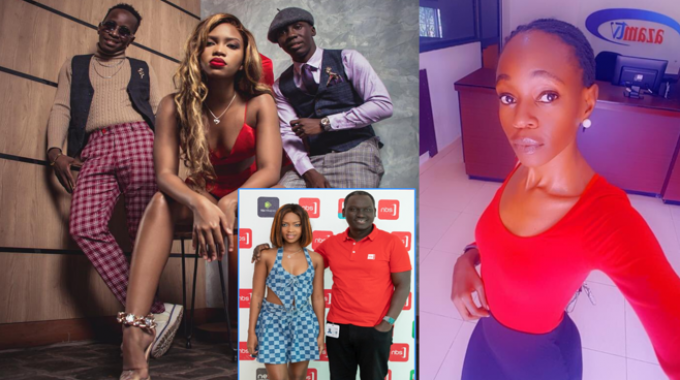 It started in 2020 after Gashumba revealed that the latter earned peanuts while she (Gashumba) took home hefty pay cheque.  They both left the station but the bickering continued.

In the latest spat, Robin Kisti is fuming after NBS TV chose Sheilah Gashumba over her.  On Friday, Sheilah Gashumba was announced as the new addition on the NBS TV After 5 weekly music show.

The announcement followed a week of talent search as different media enthusiasts were hosted on the show to find a fitting presenter.

Robin Kisti expressed her dismay in how NBS TV made her toil only to later choose Sheilah Gashumba over her.  For her, it equated to a real kick in the teeth.

Kisti believes that Sheilah Gashumba was picked because of her big social media numbers but not her talent.

“They will choose numbers over talent, but it’s all good. Talent is talent especially if you keep working towards your dream. Back on the job hunt and I will get one,” Kisti wrote. After she was criticized, she later took to Twitter to rant further.  “ Don’t tell me how to react, if someone who reacted by abusing all media houses ended getting a job from the same media houses, then let me be mad, this double standards have to stop. I didnt need to be part of your games #NBS! Mwe abankubila not me!”

The news was welcomed with mixed reactions from netizens who revisited the reasons as to why she left NTV Uganda in 2019.

Last year, the jolly Gashumba revealed how poor pay was one of the reasons she left the Serena based TV station.