However, their celebrations may be cut short after lawyer Male Mabirizi decided to report a criminal case against the couple. 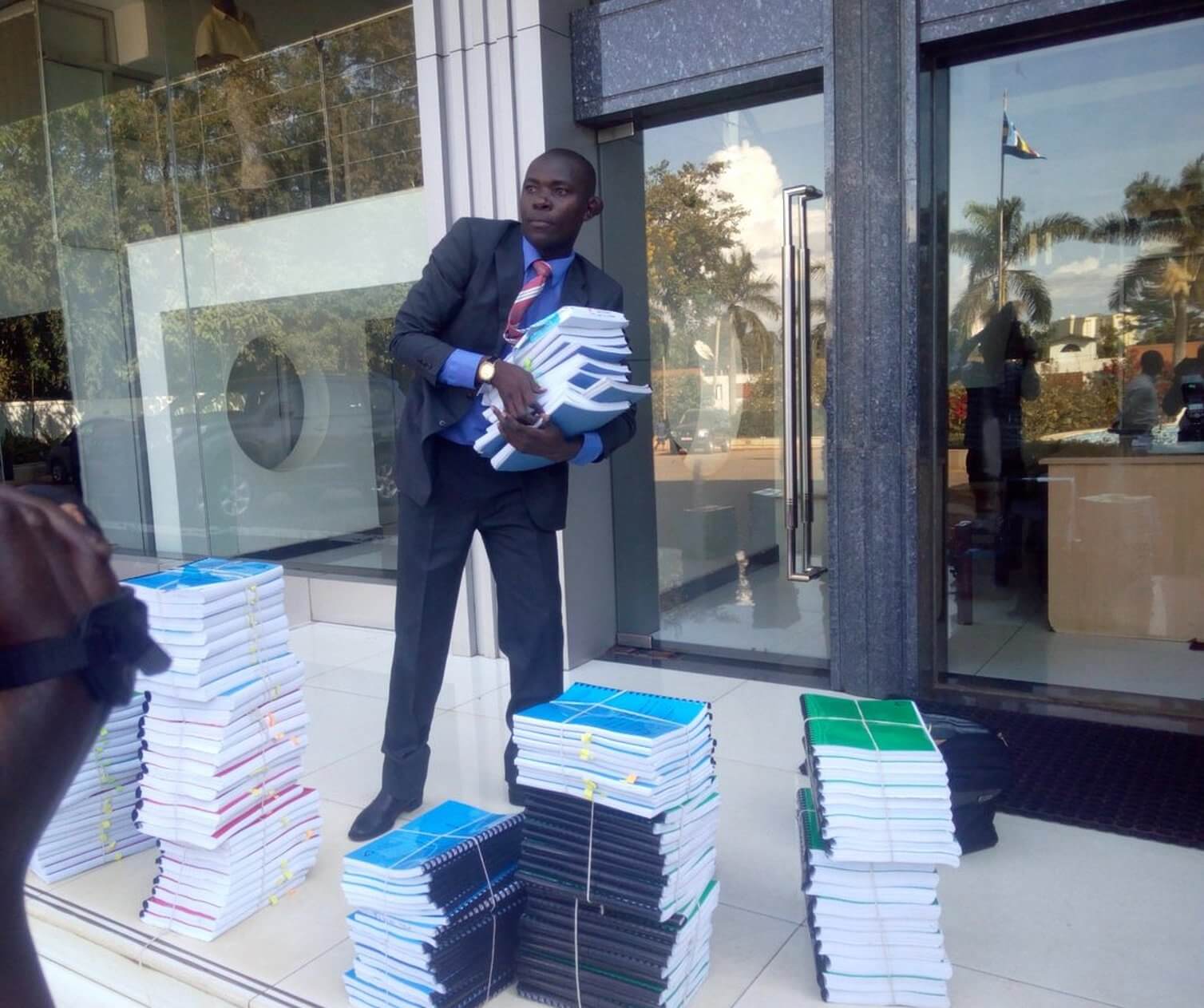 The Charge sheet also states that on the 7th day of December 2021, at Kawuku, Katabi Town Council, Wakiso district Aloysious Bujjingo contracted marriage under the marriage act with Teddy Naluswa Bujjingo and during the continuance of that marriage contracted a marriage in accordance with customary law with Suzan Makula Nantaba. 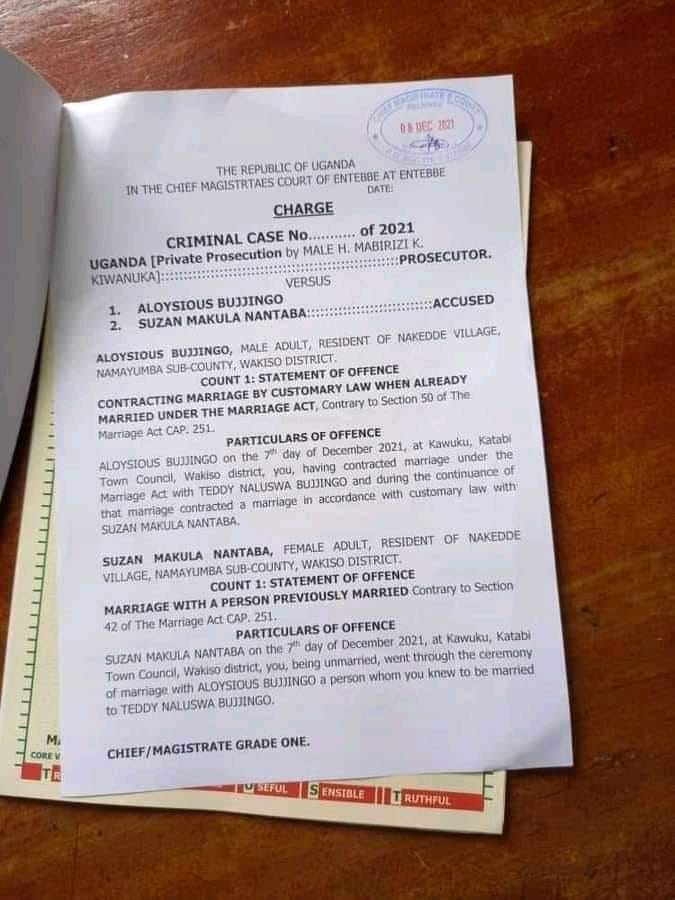