Pastor Bugingo: Suzan Makula Never Introduced Me To Her Parents As Her Husband, I Just Visited Them As Mere Friend.

Pastor Bugingo: Suzan Makula Never Introduced Me To Her Parents As Her Husband, I Just Visited Them As Mere Friend.

House of Prayer Ministries International pastor Aloysius Bugingo has in broad daylight denied being introduced by Suzan Makula to her parents, he says he’s still married to Teddy and he just paid Makula’s home a normal visit.

Bugingo says he only attended a party to have a drink and a bite just like any other guest but not to be introduced. This is contained in his response to a case where he was sued for entering into a second marriage before dissolving his first marriage to his wife Teddy Naluswa Bugingo.

However, It should be remembered that on 7th December 2021, Bugingo and Makula conducted a customary marriage at Kawuku, Katabi town council when Makula introduced introduced him to her parents.

According to the marriage Act, Section 42 states that any person who, being unmarried, goes through the ceremony of marriage with a person whom he or she knows to be married to another person, commits an offense and is liable on conviction to imprisonment for a period not exceeding five years. 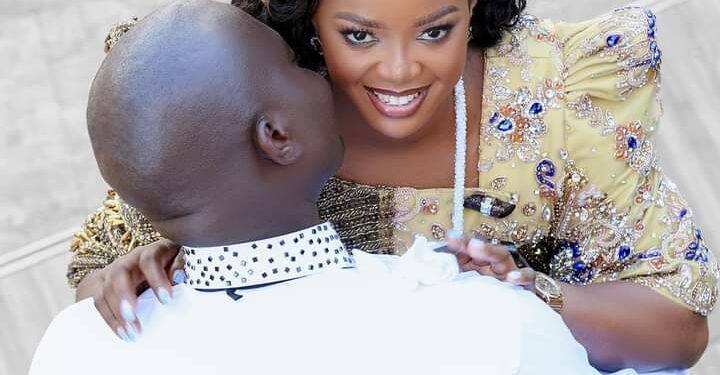 Section 50 states that “Any person who, having contracted marriage under this Act or any modification or reenactment of this Act, during the continuance of that marriage contracts a marriage in accordance with customary law, commits an offense and is liable on conviction to imprisonment for a period not exceeding five years.”